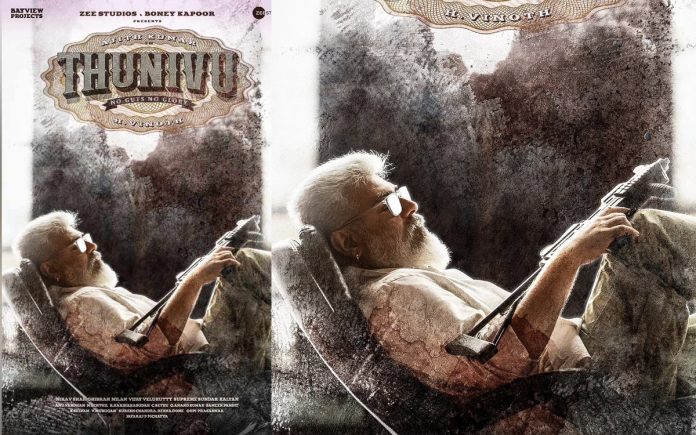 Tamil Mega actor Ajith Kumar is coming to amuse the audience with his upcoming dynamic project, which was tentatively titled AK61, as this is his 61st film in his acting career. It is helmed by H Vinod and the makers have kickstarted its promotions. Today, they have revealed the fixed title of the movie.

The film is titled Thunivu and it is unique and interesting. Thunivu is the third successive collaboration of Ajith and Vinod, after a couple of blockbusters like Nerkonda Paruvai and Valimai. To surprise, Manju Warrier is also the part of the movie.

Thunivu will also be dubbed into Telugu language and will have its release in Telugu too. So, it is partially called as a bilingual movie. It is produced by Boney Kapoor with a lavish budget. More interesting details about the film are awaited.

Previous articleAnte Sundaraniki is all set for its world tv premiere date 
Next articleNoted heroine’s hungama in Balayya’s Unstoppable 2?