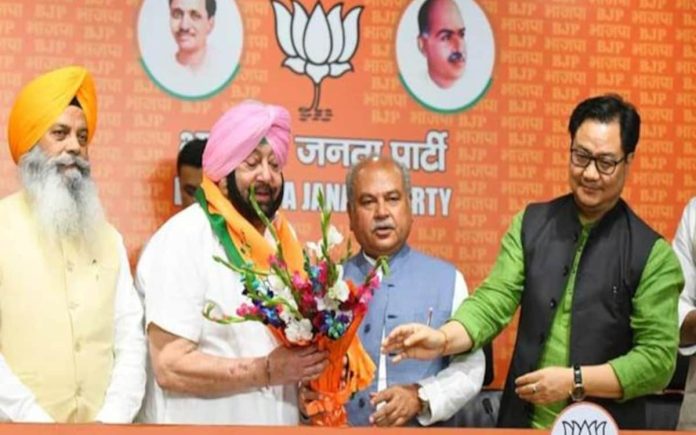 Former Punjab Chief Minister Amarinder Singh, who had set up Punjab Lok Congress, after leaving Congress, has finally joined Bharatiya Janata Party (BJP). He merged his newly formed party with BJP and joined saffron brigade along with his family members, supporters and followers. As soon as Amarinder Singh was ousted from Punjab Chief Minister’s role in 2021, it was expected that he will join BJP. But instead of joining BJP, he had set up a new party and fought Assembly Elections in 2022.

Amarinder set up his own party, as he left Congress party, after differences with Rahul Gandhi. But his new political party failed to make any impact in Assembly polls, as it did not even win atleast one seat. Even Amarinder Singh lost his seat. Even BJP, which is emerging stronger at national level, has fared poorly in Punjab Assembly polls.