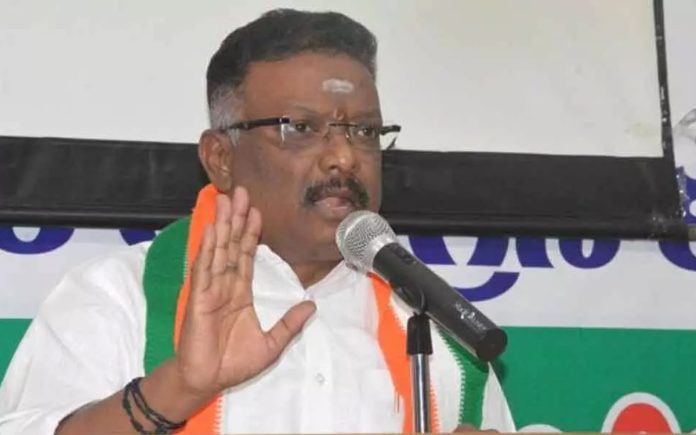 September 28: BJP leader Dr Dasoju Sravan demanded Telangana Govt to pay salaries and pensions by Oct 1, without fail, as Dasara festival will be celebrated on Oct 5. Pointing towards inordinate delay in salaries paid to government employees by KCR Sarkar over the past few months, Dr Sravan Dasoju urged that atleast during this festival season, salaries and pensions need it to be paid on time.

“It is extremely unfortunate to note that salaries and pensions of government employees are being delayed inordinately in the newly formed Telangana state, which is supposedly a rich state. The government’s functioning under CM K Chandrashekhar Rao is so pathetic that the delays in salaries has become a regular phenomenon. Atleast during the festive season, Govt should pay salaries on time to the employees. As Dasara festival will be celebrated on Oct 5, Govt should pay salaries and pensions by Oct 1 this month,” demanded Dr Dasoju Sravan in a press release.

“There was a practice of paying salaries in advance to the government employees on the occasion of important festivals like Dasara, Deepavali, Ramzan and others during the previous governments. But KCR has turned the economy of Telangana topsy turvy and is unable to pay even the salaries on time for the employees, leave about giving advances or bonuses. The administration under KCR has gone so haywire that salaries are being delayed by 10 to 15 days every month. What’s heartbreaking is, in some departments salaries are pending for even two to three months,” rued Dr Dasoju Sravan.