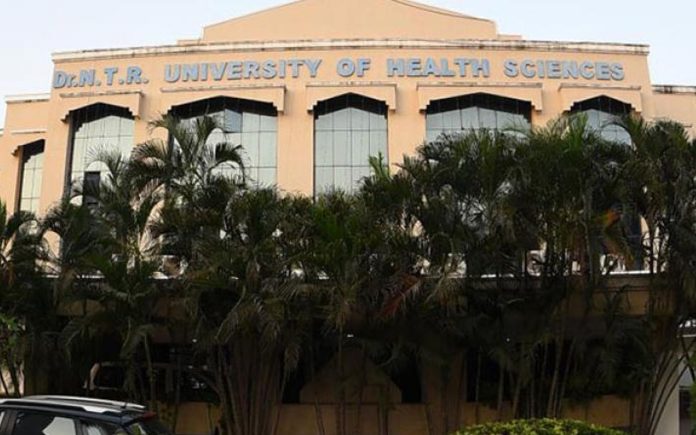 The current chief minister of Andhra Pradesh, YS Jagan Mohan Reddy renamed the NTR Health University, which is situated in Tirupati, with the name of his late father, the former chief minister of the state, YS Rajasekhar Reddy and the issue has raised heat in the Assembly of AP. After the suspension of Opposition Telugu Desam legislators, the Assembly passed the renaming bill. From now on, the University is called YSR University of Health Sciences.

The Opposition MLAs took a dig at Jagan, climbed onto Speaker’s podium, tore papers and threw those onto Speaker Tammineni Sitaram. This led, yet again, to the suspension of the TDP MLAs from the house for the day. They refused to leave but Marshalls forced them out.

NTR had established the University in 1986 to promote medical education in united Andhra Pradesh. After the death of NTR, the chief minister N. Chandrababu Naidu named the university after the legendary actor turned politician-CM. Jagan took the decision overnight and it got the draft bill clear within hours and was ratified by the state cabinet which met online on Tuesday night in a show of rare urgency. The bill was introduced in the Assembly yesterday.

The bill was introduced by the Health minister Vidadala Rajani to amend the Dr. NTR University of Health Sciences Act, 1986, in the assembly in the midst of strong protests from Opposition legislators. Rajani said Dr YS Rajasekhar Reddy, ex-CM, he himself a doctor, had made immense contributions to the health sector. He has started the first-of-its-kind Arogyasri programme in 2007 to help the poor get the poor secondary and tertiary treatment at corporate hospitals free of cost.