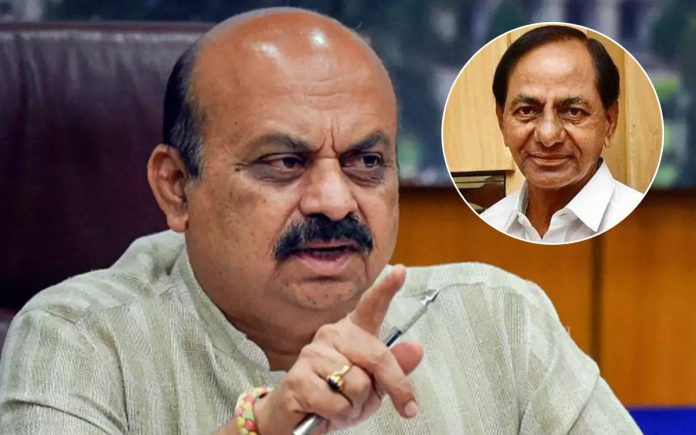 Basavaraj Bommai has been facing criticism over rising corruption in Karnataka state and many alleged that Ministers and MLAs are taking 40 percent commission in all government contracts. Referring to this, posters were set up mocking Basvaraj Bommai as 40 percent CM. Though no political party claimed ownership over the posters, it is largely assumed that this was done by TRS party.

This act of TRS, is said to have severely irked Basvaraj Bommai, who is normally considered a gentle person. He is said to have expressed his disappointment with his near and dear that these type of acts will unnecessarily create discord between two states. He has been shocked that, an experienced leader like KCR has encouraged these type of cheap politics, as there was absolutely no need to attack Bommai for TRS party.