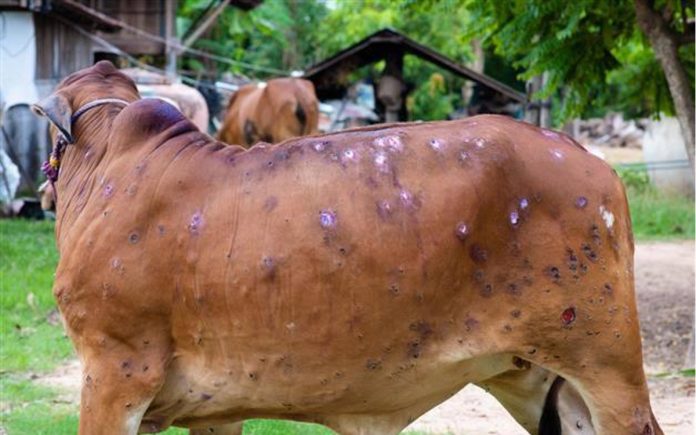 Lumpy Skin Disease (LSD) which is severe in states like Rajasthan, Maharashtra and others is turning into a national calamity, with the LSD virus spreading to even other states across the nation. The virus has been so dreaded that it has already taken the lives of about 60,000 cattle since it is outbreak in India. People dependent on cattle rearing are facing severe losses and are worried further with virus getting bigger with each passing day.

Though initially severe in Rajasthan state, it has now spread to Gujarat, Jammu and Kashmir, Punjab, Maharashtra, Jharkhand, Madhya Pradesh, Telangana and others. Rajasthan Chief Minister Ashok Gehlot demanded PM Modi Govt to announce LSD as national calamity and steps to distribute vaccines, medicines to all states. On the other side, Rajasthan BJP cadres held protests in Jaipur, criticising Ashok Gehlot for failing to control LSD virus.

With Lumpy Skin Disease virus spreading fastly, others states also need to take preventive measures, before it struck the cattle in their regions. Till now northern states have been worst hit.