HomeNationalMahatma Gandhi's grandson to be the president of India?

Mahatma Gandhi’s grandson to be the president of India? 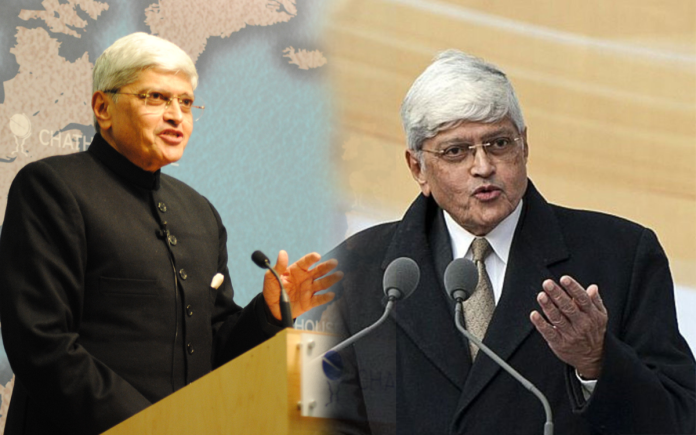 Mahatma Gandhi’s grandson Gopal Krishna Gandhi could be the opposition’s consentient candidate to become the 15th president of India, as the NCP subordinate Sharad Pawar announced that he is not in the presidential house. Due to the enfeebled strength of the rival in the run-up to the elections, Sharad Pawar had expressed his trepidation.

In this regard, several renowned leaders from different rival parties have apparently met Gopal Krishna Gandhi over the phone. And, Gandhi reacted positively and he seems to reveal the news today. Gopal Krishna Gandhi is the grandson of Mahatma Gandhi and the last Governor-General of India, C Rajagopalachari.

If Gopal Krishna Gandhi rejects the opposition’s offer, a few other names are also being taken into account and the opposition leaders have also reached out to them for their consent. On July 18, the presidential election for Ram Nath Kovind’s successor will be held and at a specially arranged cell in the parliament, the process of filing nominations was started today.