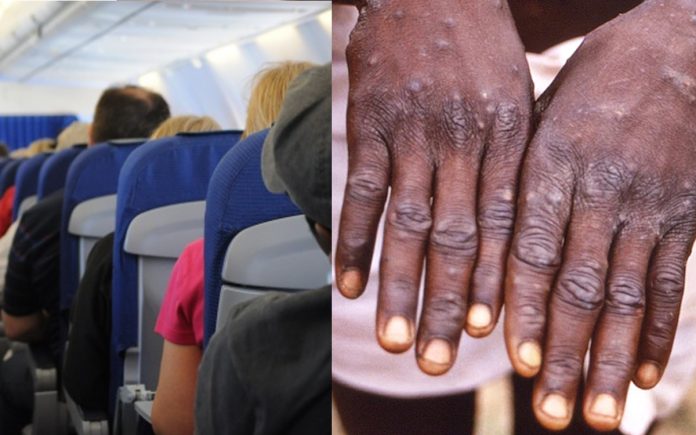 The Union health ministry has written to the WHO representative in the UAE, to reduce the threat of disease transmission by requesting that airline passengers showing symptoms suggestive of monkeypox disease be denied boarding. In a letter to the executive director and IHR Focal Point, United Arab Emirates, Dr. Hussain Abdul Rahman Ali Rand, Joint secretary in the Union health ministry Lav Agarwal mentioned 3 cases in which the passengers had traveled from the UAE to India and had already shown signs of monkeypox disease.

WHO recommends that member states implement exit screening measures at points of entry and if necessary, impose restrictions on persons from affected areas in response to a public health emergency of international concern. Agarwal wrote, “In light of the foregoing, it is requested that exit screening be increased to ensure that persons exhibiting symptoms suggestive of monkeypox disease are not allowed to board the flight in order to reduce the risk of disease transmission.”

It is critical that IHR focal points maintain constant coordination and share critical information to curb disease transmission over international borders, as the world grapples with yet another public health emergency of international significance. India has documented 8 instances of monkeypox with one death so far.

All we need to know is, that monkeypox is a viral zoonosis – a virus transferred to humans from animals with symptoms comparable to smallpox but clinically less severe, as per WHO. The symptoms include fever, rash, and swollen lymph nodes,  and it can lead to a variety of medical issues.