Release date locked for Dhanush’s next  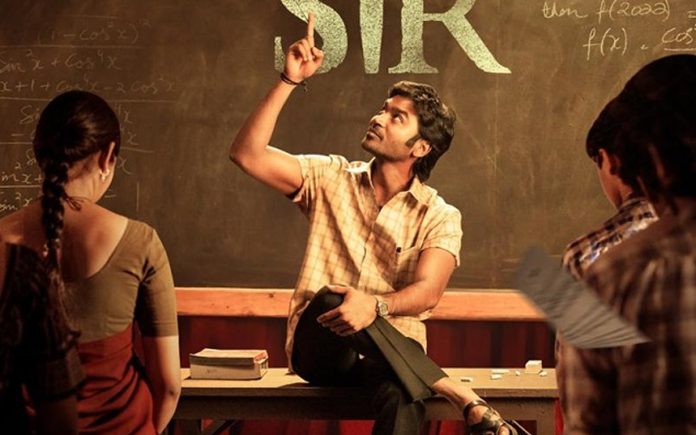 Tamil star actor Dhanush is coming up with a Tamil-Telugu bilingual movie, titled Sir, which is the much awaited movie of this year. We witnessed the first look poster of the lead actor and it has grabbed the huge amount of attention from the audience.

Now, the makers have revealed the release date of the movie. They announced that the film will be released on December 2nd worldwide in theatres. In Tamil, the film is titled Vaathi. The film’s release date was announced by the makers through social media with the help of a brand new poster.

In the poster, Dhanush is seen showing the release date of the movie in a classroom, at the top of the blackboard. In the film, Dhanush plays the role of an Intermediate college lecturer and his character is dynamic.

It is written and directed by Venky Atluri and produced by Naga Vamsi and Sai Sowjanya under Sithara Entertainments and Fortune Four Cinemas banners. Musical tunes are being set by GV Prakash Kumar. Samyuktha Menon is the leading lady alongside Dhanush.