HomeMovie NewsSenior director back after a long gap 

Senior director back after a long gap  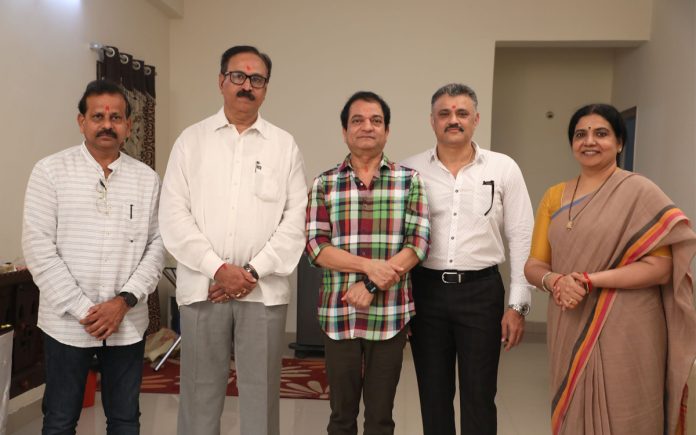 Senior director Vijayabhaskar, who had delivered evergreen hit movies like Nuvve Kavali, Swayamvaram, Nuvvu Naaku Nachav and others has been out of action for quite a long time. Now he is once again making a come back with a new movie. New producer, Guntur-based businessman Ramakrishna is producing this movie. The artistes and other technicians are yet to be finalised.

The movie producer has launched SRK Art Productions banner. The office of the production company has been officially inaugurated at Manikonda, Hyderabad on Wednesday. Jeevitha Rajashekhar, Karthikeya and others took part in the ceremony and wished best luck for the new venture.

“I feel it as a privilege to produce the movie directed by Vijayabhaskar. He has made clean and wholesome entertainers in the past. He will once again show his magic with this movie,” said producer Ramakrishna.