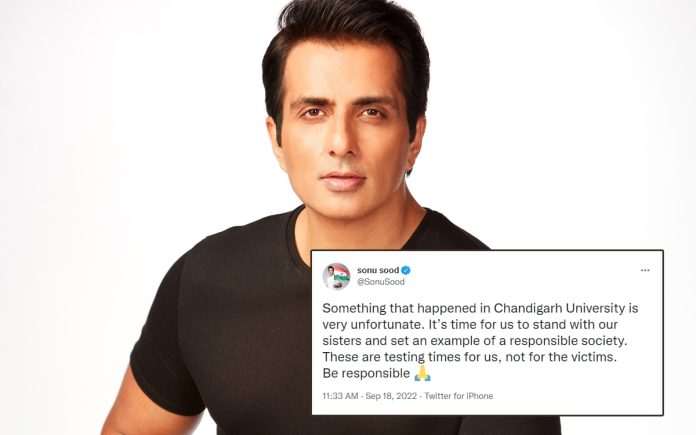 Chandigarh University is boiling with protests of students, as it has been found out that a girl student has shared girls bathing and undressing videos, to her boyfriend. As soon as the news spread, large scale protests occurred at the University, with agitated students expressing severe anguish. As the news spread like wildfire and the issue hogged limelight at national level, Punjab Police and government jumped into the action.

Soon police took into custody the girl student who shared obscene videos with her boyfriend and also her boyfriend. After interrogating the girl, Punjab police are saying that the girl student shared only her videos and not other students videos as being alleged by protestors. They said that mobile phones of both the girl and her boyfriend have been taken and thoroughly checked. Police are saying that the videos have not been leaked to anyone other than her boyfriend. However girls in the university are worried that even their pics and videos may be taken stealthily and are expressing severe concerns.

Speaking about the incident, good Samaritan star Sonu Sood urged everyone to be responsible in the incident, which shook the entire nation. He said that even if someone comes across any video of girl students, they should delete them and not share further, keeping in view the future of our girls.

Previous articleLiquor Scam: What YSRCP MP said 
Next articleLava to roll out a brand new made in India smartphone on Sep 20