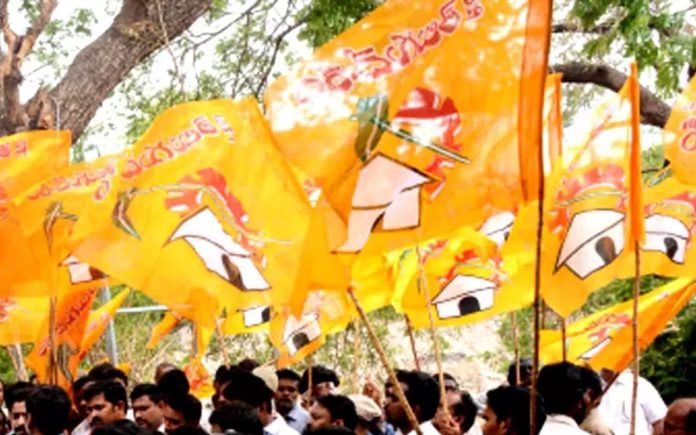 On the eve of annual brahmotsavams happening now, the chief minister, YS Jagan Mohan Reddy’s official visited Tirumala for presentation of silk robes to Lord Venkateswara Swamy. On Tuesday, the former MLA and The Telugu Desam leader M. Sugunamma and other party workers were arrested by the police before Jagan Mohan Reddy’s arrival to the Holy place.

Taking a strong exception to the manner in which some YSRC leaders set up hundreds of flexis of the chief minister along the city roads that lead to Tirumala, the TD leaders staged a protest accusing the ruling party leaders of polluting the spiritual atmosphere of the temple city.

In front of the reporters, and while she was being arrested by the police, Sugunamma pointed out that some ruling party leaders’ over-enthusiasm has been hurting the sentiments of the devotees of Lord Venkateswara and Tirupati locals, as they have polluted the spiritual atmosphere of the city on the occasion of Brahmotsavams.

She said, “It’s been a tradition here that the TTD will construct mega welcome arches and electrical cut outs of mythological forms of Lord Balaji on the occasion of Tirumala brahmotsavams every year. It is different this year, as we are hardly seeing any such cut outs in the city. Instead, the over-enthusiastic leaders of YSRCP have set up hundreds of flexis for the chief minister all over the city. She irked, saying, one would surely wonder if they are celebrating Lord Venkateswara’s brahmotsavams or Jaganotsavams, by looking at Jagan’s flexis.