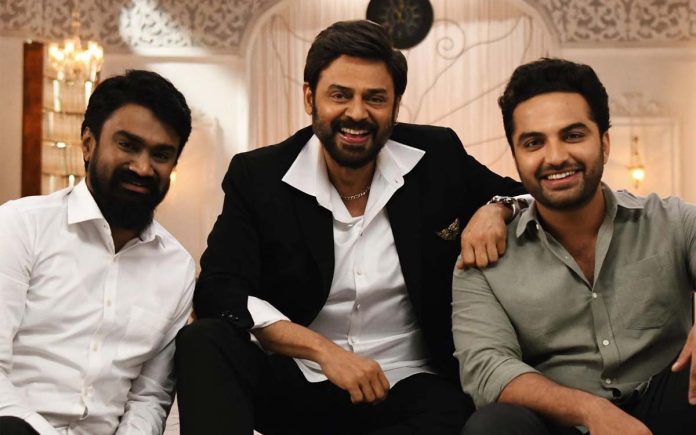 Recently, they have announced the release date of the film. It is said that Ori Devuda will hit the screens on October 21st, on the occasion of Diwali. They have also released a small glimpse from the movie, where Venkatesh is seen as God. Ori Devuda is a romantic comedy entertainer that is being directed by Ashwanth Marimuthu.

The film has Asha Bhatt and Mithila Palkar as the leading ladies. The makers of the film have recreated the script of Oh My Kadavule, where the story revolves around the life of a young boy (Vishwak Sen), who gets married to his high school lover (Mithila Palkar). And when reality strikes, he realizes he has taken a wrong decision in life.

The film is produced by Dil Raju under Sri Venkateswara Cinemas and PVP Cinemas banners. Vamsi Kaka is the executive producer and Leon James is the music composer. Tharun Bhascker penned the powerful dialogues for the film. The story is a typical youth entertainer, with real-life situations where one is not sure about what to do next.