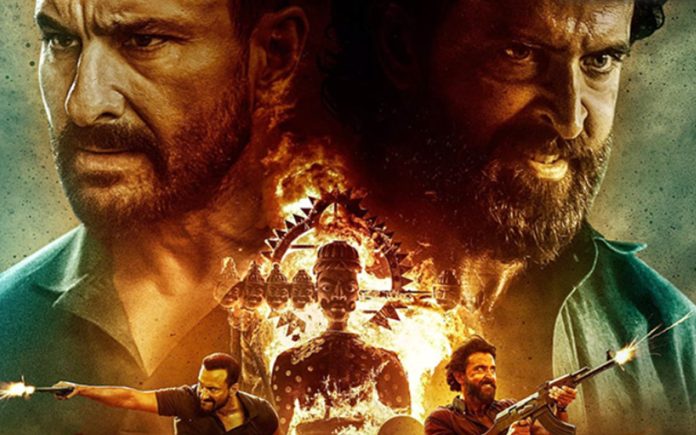 Hrithik Roshan and Saif Ali Khan’s multistarrer action flick Vikram Vedha got released amid much fanfare and is running to full houses. Apart from the star power, the movie is said to have good story and script, thus getting positive reviews. Most of the reviews given by prominent publications and movie reviewers have been positive, thus unanimously hinting that it is a good film.

Vikram Vedha is the remake of Tamil film with the same name. Pushkar-Gayatri, who have directed the original directed even the remake. While Madhavan and Vijay Sethupathi starred in the original Vikram Vedha, Bollywood stars Hrithik and Saif took the onus in the Hindi remake. But thanks to the complete overhaul done by director duo Pushkar-Gayatri, Hindi version of Vikram Vedha appears much different and is in noway appears as a remake.

In fact some Hindi movie watchers who have seen Vikram Vedha, opined in their social media posts that, Hindi remake is better than Tamil orginal in some angles. With Hrithik and Saif’s  star power getting added to the good content, Vikram Vedha is all set to become a hit.