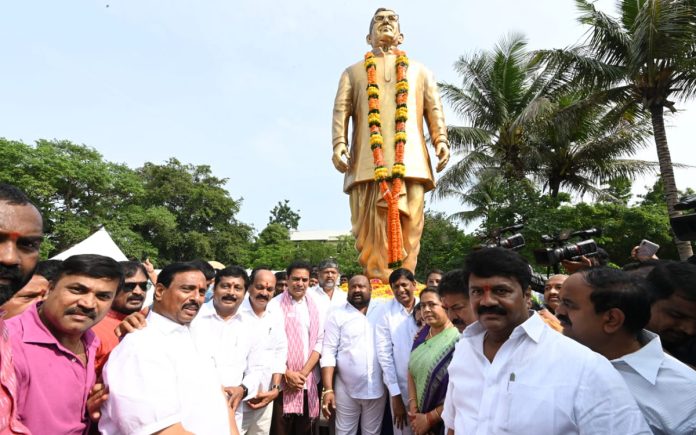 Konda Laxman Bapuji has a special place in the history of Telangana. He is considered a selfless and courageous leader who has strived for the welfare and glory of Telangana, all through his life. He has participated in Indian freedom struggle. In the independent India, he has resigned for Minister post in 1969, demanding a separate Telangana state, during first Telangana separate state movement. Even when KCR started his Telangana Rashtra Samiti (TRS), it was Konda Laxman Bapuji who supported him and gave his residence at Jala Drushyam, Tank Bund to set up TRS office.