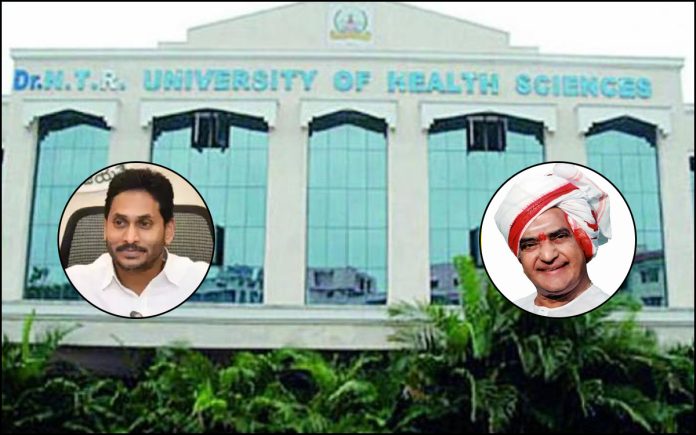 The changing of name of NTR University of Health Sciences is creating a furore in Andhra Pradesh state. YS Jagan’s Sarkar made a resolution in AP Assembly on Wednesday changing the name from NTR Health University to YSR Health University. This has angered TDP cadres to no end and they have to taken to streets to protest against the name change.

“It was NTR who thought of setting up a dedicated university for health. He took this step to help medical students and improve health care in AP. After his demise, we have named the university on his name in 1998. But it is shameful that YS Jagan Mohan Reddy has changed the name from NTR to YSR. This move of YS Jagan will backfire and he will face the ire of people of AP,” fired formed CM and TDP chief Nara Chandrababu Naidu commenting on the issue.

TDP cadres held protests at Health University in Vijayawada and raised their voice against YS Jagan Govt’s decision. They blocked the Vizag-Chennai highway as part of the protest. All the senior leaders came down heavily on YS Jagan for taking the controversial step. Even several apolitical personalities have been miffed over Health University’s name change.