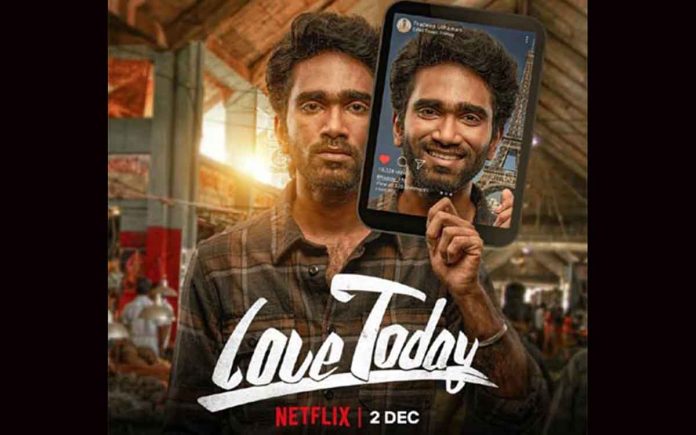 Youthful entertainer Love Today, which was released on November 4 in theatres, has now locked its OTT release date. The expensive platform Netflix has grabbed the post theatrical streaming rights of the film. Today, it was announced on social media that the film would be available on the platform from the 2nd of December.

The film has earned a good response from the audience as well as critics soon after its theatrical entrance. Now, it’s OTT turn to attract the audience who are still waiting to watch it.

Love Today is a Tamil-language rom-com movie. The plot of the film says about two young lovers, who are made to exchange their phones for a day and what follows is a hilarious and emotional sequence of events that puts their lives in misery.