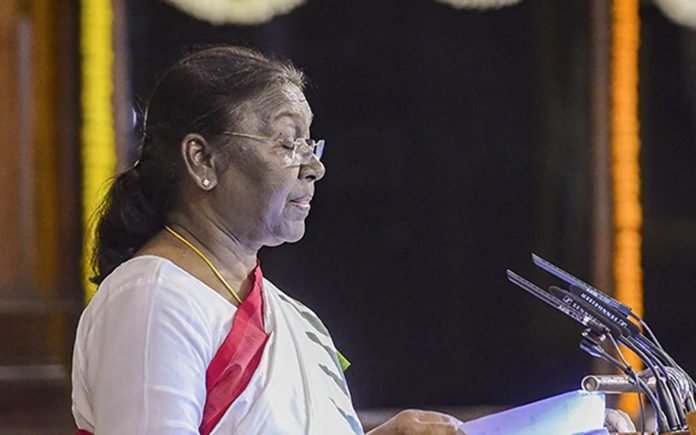 Droupadi Murmu, who won as India’s 15th President on July 21st, took oath today, July 25th, at the Parliament’s Central Hall. She was administered the oath by Chief Justice of India NV Ramana. Immediately after taking the oath, Murmu said the trust and support of the people were her greatest strengths.

She said, “Johar! Namaskar! Humbly greet all the fellow citizens from this sacred Parliament, a symbol of the hopes, aspirations and rights of all the citizens of India. Your affection, trust and support will be my greatest strength in discharging my functions and responsibilities.”

Ahead of the swearing-in ceremony, Murmu met outgoing President Ram Nath Kovind and his family at the Rashtrapati Bhavan and she also paid tribute to Mahatma Gandhi at Rajghat earlier in the morning.